THE UNIQUE (AND GENEROUS) INSOFAR TOURNAMENT

Since the organizer able to quote verbatim what i wrote about Insofar. Here. I better be very careful on what i wrote or risk being ban from his lucrative and generous tournament.

1.Insofar is a unique tournament. For this edition, Insofar limited number of participant to 64, a symbolic number representing number of squares on chess board. Unlike other tournament organizer that prefer to limits participant according to number of possibilities in chess which is....zillion times zillion!

2.There are many strong players here, Sumant, Kamaludin, few Pinoy players san Ian Udani, Syazwan, Haq, Li Tian, Chin Seng, Dr Ronnie etc. Dr Zaidan did not took part (though he still came to lend support to this tournament) since organizer 'ban' those who have won certain number of Insofar Tournament. So we cannot see any Djokovic's Grand Slam grip by strong player on this tournament. Well, another unique Insofar recipe!

3. Sumant is the champ. Li Tian is having a tough time at this tournament...scoring 4.5 out of 7 (ahemm, same as mine...). In the last round, Li Tian lost to kamaluddin...somehow, Li Tian is always had a tough time against Abang Bro.


Me
Seeded 12 and finished 12, actually achieve my earlier objective of finishing better or equal of my seeding but not really happy since almost half of the contestant came home with some prizes while i belong to the other half...not even won blogger prizes :(

My play is rusty. For example in second round i faced Darrel Yap Egin. Below is the position 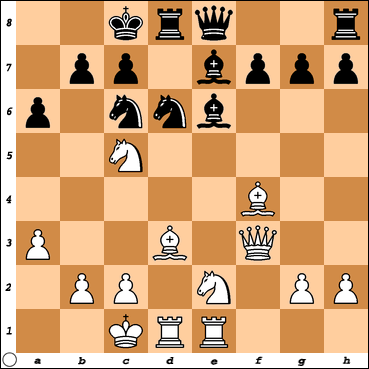 I played the weak 1. Qe3 and game ended in a draw after some minor ‘controversy’

I blame it on heavy haze that day that clouded my vision...


Minor Controversy
On my game against Darrrel above, both players are down with few seconds left on the board, at one time he made an illegal move and i said illegal (but did not call arbiter) and he made other moves..then after few more moves, it is my time to made illegal move, he called arbiter but by this time his time is ‘-0’negative zero while mine is ‘0’ but no negative. Najib (arbiter) came and declared the game as draw...if only i had one second left on my clock!


Moving On
According to organizer, should i enter my third Insofar tournament, i am entitled for RM500 (RM5 for next 100 months)...all i can say, only in the unique (and generous) Insofar!
Posted by Ilham at 3:47 AM