2. Based on our average chess rating, we are seeded number 32 out of 104 teams. Not bad but I guess we could be seeded higher if seeding is based on age average…and definitely will be in top ten should it is based from waistline average!

3. We know the odds stacked heavily against us. After all we are like those bunch of retired killers/soldiers in The Expendables film, stood against active, fit, lean mean professionals. At 39 years old, I am the youngest, the baby boy of the team. We know it will be difficult but we also damn sure we are going to have a lot of fun here.

4. Other than chess skills, each player got their own unique skills and duties for the mission to win best State Team:

I am in charge to buy morning breakfast and by virtue of being the only player with a pen, I am unofficially the team captain with duty to write down the player's name and signed the result. After few rounds I ‘delegate’ the duty to Mohd Arshad since being on Board 1, he stood the nearest to the Result Sheet.

Still if you asked me who is the captain? I will say he is Rahim...the most respectable player/ person in the team.

5. Our first round opponent is a Collin Madhavan’s junior team. Before the start of game, Collin said please be gentle with his boys. I replied ‘No, the boys should be gentle when playing against old uncle like us” Anyway, for record we managed to beat them 4-0.

6. In second round we face Philippine Team and we lost 0-4. Hmm, our performance is just like Malaysian Team at Olympiad, beat weak team 4-0 before being whitewashed by stronger team 4-0.

7. But still, to my curious (and delight), for most the rounds when we played we always facing All Ladies Team…whether they are in front of our table…or next to our table…always FACING them! Pairings done in Heaven...Hmm, God works in mysterious way!

8. After the end of the round 8, we have surprised even ourselves when we got 11 points and we ARE the best state team at that time. Mission almost accomplished and how we wished Merdeka Rapid is played over just 8 rounds.

Even mighty Penang stood at 10 points. At the Hotel Lobby I asked Chuin Hong how is his team (Penang) doing? Chuin Hong then replied ‘We are now 10 points, just like you guys (Terengganu).

9. Still at the end of the day, Penang (and Penang CLOBA) beat his last round opponent while we lost to Mok’s Coup de Grace. Penang entitled for one of those Best Malaysian prize while Penang CLOBA snatched the Best State Team.

Looks like Penang, sorry…Penangs, are the ones who have the last laugh…Grrrrr! :(

10. All things considered, it is a good outing for us. Each players contributed between 5 and 6 points out of 9 rounds…there is no star and no failure in the team and we have performed better than expectation.

Yeah, we have our moment of failure too but I guess it is too few to mentions.

11. Terengganu will send a team to Sabah next month but I will not be in the team (and Rahim too)…I am not sure who will be playing but looks like the line up will be Syazwan, Arshad, Fairul and Suhaidi.

Take this opportunity to wish you guys all the best!

*Movie buff will know that RED here stands for "Retired, Extremely Dangerous."
Posted by Ilham at 10:25 AM 2 comments: 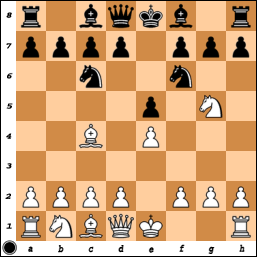 OPEN
I currently took part in MCF OPEN (No, not that MCF...after all MCF is not really open, rite), MCF OPEN here stands for Malaysian Chess Festival Open!

Initially seeded number 69 (Hmm, a naughty number according to my best friend Fairul Yusof!), on a tournament day i was seeded number 77, even better i guess, double seventh heaven!

I jokingly said to Raymond Siew before the start of first round, 'Mark should performed well in this tournament'. 'Why?' asked a puzzled Raymond. 'He is blessed with seeded number 88!'

CHESS HURTS
...but this tournament is not really a seventh heaven experience for me, more like baptism of fire.

Example is in my round 5 game against WIM Zhai Mo (Rated 2312). Below is the diagram and i played white. 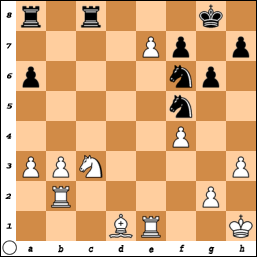 What else can i say? I am winning no doubt about it, two pawns up in the ending...one pawn already at seven rank and my opponent now left with about 5 minutes and mine still have 58 minutes!

I already dream of collecting about ten ELO points...and wonder who will my next round opponent will be...WGM Irene perhaps? :)...or will it be Nafisa Muminova ?

I spend most of last night listening to Nazareth's classic Love Hurts, but ofcourse 'love' can very well be replace with 'Chess'.

..licking my wounded heart all alone in my apartment.