Few years back when i went for a seminar in Chennai, India, I discovered that books there (chess books especially) is not only cheap, it is dirt cheap! Chess books there got dwi pricing e.g. Modern Endgame Practice by Alexander Beliavsky & Adrian Mikhalchisin, the price is GBP14.99/Rs 175.
Here is the conversion (MYR equivalent in today's rate)
GBP14.99 x 4.8 = RM71.95
Rs175 x 7.2 = RM12.60 ...RM12.60 for a chess book!
I ended up buying like half a dozen chess books there, and paid in Rupees ofcourse, thank you very much! :-)
Modern Endgame Practice

What interesting about this book (other than its cheap price) is on Chapter 18 Endgames in Super Tournament, author has include MasHafizul wins against Hernandez 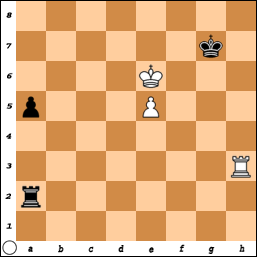 There got that famous simultaneous game in which Gufeld sacrifice his queen against Goh Yoon Wah and about that beautiful chess problems (Mok Tze Meng received the mysterious call) in which Gufeld believed is the proof that chess has been created by alien.
Well, you are right about that Gufeld, Kirsan can verified it!
Posted by Ilham at 7:42 AM 2 comments:

Dubai 1986. Their male counterpart basking in limelight with the finest performance ever in Olympiad. So how did our ladies performance here?

Malaysian woman team, according to board order (and their performance) is as below:

Vimalathy continued to shine in her second Olympiad outing.

Top 5 Olympiad winners and our neighbour performance is as below:

Let's take a look at below miniature game by best performer Malaysian player.

I like her 11.g4 move (which my engine also recommend), creating a very violent attack out of calm water.

When we (Zaidan, Ng6 and myself) went back to DATCC after our blitz session at Hamid's, in which Zaidan keep on beating us, i asked him whether he took part in any tourneys at Ireland.

He mentioned that there is not many FIDE tournaments at Ireland, most of the time he played at Club. Then he mentioned about my FIDE rating (2040) and how i lost quite a lot of ratings in Selangor Open.

Silently I like Wow!, never know someone memorized my rating! and know about my performance!

Quickly I went to Fide website and discovered the following:

I also discovered that Selangor Open's result has been submitted (and many others that yet to be submitted...) to FIDE resulting in following ELO effect:

Arrived at DATCC at about 5 minutes lates. As usual for KLites, I immediately blame it on the weather and traffic jam.

The Time Control
GMZR got one hour while we got 30 minutes with 10 seconds increment per move for both players.

GMZR was about to reach for his d pawn, suddenly he stopped and after a few seconds (that seems like eternity to me) reaching for his e pawn. Yes! Open game!
Later after the game he mentioned that he do not want to play 1.d4 since he afraid that i might prepared something (in our first encounter 2 months before he opened with 1.d4)

Wow! a GM afraid of my 'preparation!' :-) Not everyday this happen to me!

Not a good move. Ivanchuk played 7. ... b4 against Aronian a few years back. Game draw.

Around here we are being served with Teh Tarik halia. Thank you very much! 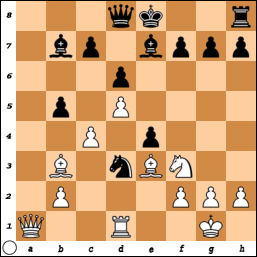 A pawn up in better position! 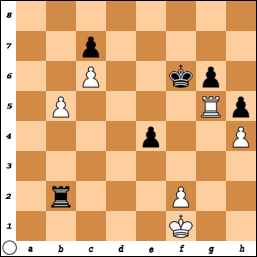 We played on and on, GMZR is always the one who tried to win while i am always defending. After sometimes Aziz, my neighbour resigned so that leave me alone battling it out with GMZR. I was thinking of offering him a draw but since i got 10 seconds whereas he got 50 minutes, furthermore i remember once Kasparov scolded his simultaneous opponent for want of a draw, i rejected that idea. I don't want to be the first being scolded by GMZR for want of a draw in simultaneous match!

Finally after manouevring right and left, up and down, he penetrate my position via Rg3-a3-a7. I resigned a few moves later.

The Analysis
After the game, Rusdi said i missed a win. What? you must be kidding! Rusdi then proceed to set up below position. 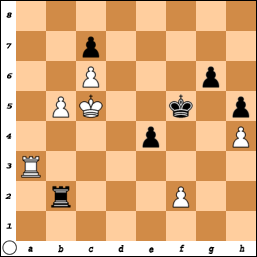 White has just played Rg3-a3, threatening Ra7-c7 winning. I played Kg4?losing. Rusdi pointed out that Rf2 should be winning for black.

Below is the game in chess player format. I stopped writing on move 30 something since i was down like 5 seconds.

I would rather die fighting than die writing!

The Result
We lost 0-5. I am not really sure what happen at other board but i know Razali intend to post all game at his website. Right, Li?

The Thank
Thank you for Nusa Mahkota (for inviting me to play for the team) and Mr Siraj (which i suspect is the guy behind all this great idea) and GMZR for friendly advice after the game and others that i may not mentioned here.
Posted by Ilham at 9:23 PM 4 comments:

What to play?
I assume i will be playing black and it is very hard to prepare against GM ZR. He played all openings! Anyway after studying a few of his games, i can see there is a pattern in his opening. He has abandon 1.e4 long time ago. Most likely he will open with 1.d4, 1.c4 or 1.Nf3. He is most confortable in Slav territory so i have to avoid Slav Republic at all cost. Not easy since i am always a 1. ...d5 player :(

Type of play?
GMZR is a solid positional player. Guess in that case i will have to steer the game into something tactical (and at the same time risking losing in less than 20 moves!)

Partners in crime
The line up today will be

Though honestly Aziz shuld be on board 1 since his rating is higher than me.

Since the flavour of the month (June) is junior chess ( We have ASEAN, Junior Tournament in India and MSSM), it is only appropriate if i write something within this scope.

Some 20 years ago, junior chess tournament mean MSSM. Simple. There are not many under age tournament around and junior chess activities (school, district, state) are always heading towards MSSM.

All in all, I have a good fortune in entering 4 MSSMs.

MSSMs to me always mean travelling and meeting new friends.

I know the trick! Capturing d4 pawn will lead to a loss of material after Bb5 check. No way i am going to allow that.

True enough. It is a short game! (albeit, different outcome!)

Looking back, i should do the right thing by declining the top board medal.

Some of my MSSM memories.