Tournament proper began at 9.25am when Najib made several announcements requesting player who has finished their game to leave the hall, shut off the handphone etc, well you know, the usual drill.

Najib also took the opportunity to advise those lepak outside of the hall to be careful since the car driven at the car park sometimes could qualify them for FI race!

Oh by the way need to mentioned there is this rule that photo can be taken during the first five minutes after the round begin...love this five minutes photo ...only time when i feel as if i am on the red carpet!

Round 3
Interesting to see Jimmy played Pirc Defence against Fong Sit Yan’s 1.e4. Obviously concerned over improvement that Sit Yan;s might prepared (They played against each other on the last round of Selangor Open last year). Jimmy won.

Nabila and Najiha drew their game early (but well after move 20), probably decision reach over breakfast at home.

On my game against Li Tian, i am toying of playing Blackmar by open my game with 1.d4, he will replied 1. ...d5 and i will continued with 2. e4 Blackmar! but feel like it is not proper to play coffee shop opening against such world class junior...so i open with a more sober 1.e4

He accept if after 5 minutes thought. 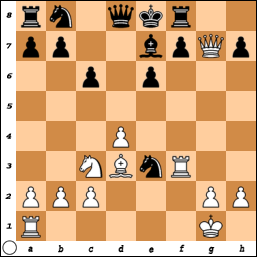 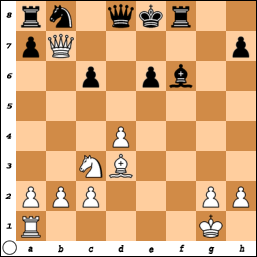 Now the rest is massacre.

Abdullah Che Hassan had a quick draw against Nik Farouqi.

Khair drew again. He is now scored 3 draws and one win.

Lim Zhuo Ren sacrificed a knight for a mating attack against Masrin who maybe should not castled queenside. Lim Zhuo Ren is now 4 points. All i can say to LZR...do not let memory of 2009 Nat Closed to haunt you!

Ismail Ahmad had a tough time against a stubborn Dr Paul but finally manage to win in the endgame.

Marcus and Rizal won both of their game today, slowly creeping out from disastrous first day result.

I won against Teh Wee Zhun, playing old favourite Albin Counter Gambit when he had difficulty freeing his queenside forces. I am also extra determine to win this game since half an hour before the start of the game i received a surprise call from Encik Rahim Ramli, President of Terengganu Chess Association who wished me luck. Thanks, Encik Rahim!

Round 5
I will play against Abdullah Che Hassan. Better study the Dragon now...bye!
Posted by Ilham at 7:19 AM