BATTLE OF HONG LEONG BANK/ A DRAW AGAINST YLT

These are actually last week’s games Nf6 Master Event. Should post it a week earlier but blame the delay due to Najib’s recent great posting ( A Malaysian chess record for number of comments in one single posting. Marathon 42 comments!) on and off I check the development there and at other websites. Just cannot updating my own blog!…well, actually the results of the game are also the contributing factors!

Game vs Aziz
Enough about it now and lets talk about the game. This is what I called it as a Battle of Hong Leong Bank. Both me and Aziz are ex EON Banker and now we are a staff of Hong Leong Bank. (Hong Leong Bank had acquired EON Bank) Previously my record against Aziz is one draw and one lost. Both of us are extra determined to win this game to avoid from being the ‘first from behind’.

Opening
Albin Counter Gambit. A wild game in which I start attacking (unsound ofcourse) from beginning. I reached below position and thought I am going to win soon, very soon. 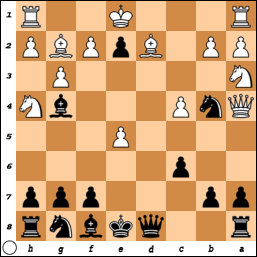 I am threatening Nd3 mate. White can't take the knight because of Bb4, Bb4, Qb4 and Qd1 mating! Both white's knight are on the rim...yet i am still lost the game.

Middlegeme
Aziz somehow survive the attack and now controlling the center. Even offered to sacrifice an exchange.

Endgame
Aziz, with much more superior forces, consolidate his position to score a win.
For a complete game. Here

Game vs Yeoh Li Tian
Before the game I showed my game against Aziz to Greg Lau. He did not seems impressed with my bombastic opening yet bombard me with something like I could not go far if I continue to play chess ‘randomly’ like the one against Aziz. Quietly I determine in my game against YLT I will play more ‘sober’ type of chess...to no avail. :)

Opening
Caro Kann. Yet once again very early in the opening I sacrifice (sorry, Greg!) a pawn to transpose the game into Blackmar Diemer Gambit. Just cannot help it! :) YLT look at me suspiciously and think for a few minutes before declining the sacrifice.

Middlegame.
YLT is always the one who got the advantage and keeps on improving his position.

Endgame.
Somehow I was two pawns up in the knight – rook ending and started thinking of well, this could be my lucky day! 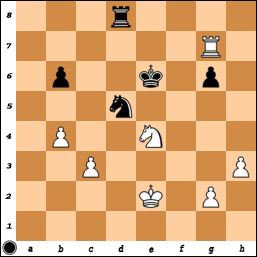 Yet YLT remains calm and started to play aggressively. I started losing pawns, one pawn…two pawn and now the material is equal. I tried my luck and offered him a draw in which he accepted! Phew, lucky me. Cannot imagine how an ending in which I am two pawns up and lost?!

For a complete game. Here
Posted by Ilham at 2:53 PM