THE SILENCE OF THE ...RATIONALITY 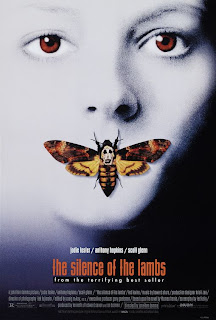 1. Like Dr Hannibal Lecter in thriller film, The Silence of the Lamb, people have many opinions about Rationality, some believe he* is genius and frank/analytical with his opinions...some of course believe Rationality is crazy blogger that is dangerous to society and should be keep under lock forever.

2. Who is Rationality? A fellow blogger believe he is Najib Wahab, a good friend of mine believe he is Kamal Abdullah, another blogger ( future Stanley Druckenmiller no less) believe he is Jimmy Liew, one generous soul suspects he is residing in Australia... For myself, i am pretty sure Rationality is not Nor Ilhamuddin and very good chances he is not Raymond Siew...ok, a good start there but still that left like 6.5 billion suspects minus 2.

3. Anyway who rationality is, is not important. It is his view that counts. I did not agreed with all his views and did not agree with his choice of words but still find his posting interesting, amusing, witty and well researched. I bet Rationality check and recheck all his postings and i bet most local bloggers wished they could write as well as Rationality and also wished they are not on the opposite side of Rationality's wrath!

4. To the best of my knowledge, he is the first local chess blogger that wrote in anonymous mode. In local political blogs, a very high number of them wrote anonymously (for obvious reasons). In local financial blogs also, a very high number wrote anonymously (Spin some analysis of one counter and immediately that counter move! ). Also notice that Rationality is also the first local chess blogger that disable comment on his posting and among rare few that did put any advertisement. His way of showing your opinion does not count and i did not do this for money. A rare breed indeed.

5. I only got two wishes to Rationality. First, continue writing and second (agreed with chess ninja) enable comment!, A mere opening like/dislike option is not enough!

6. His total silence, in a chaos chessic environment in which he normally excel, has been very deafening.

*Rationality could also be a she also but ever since he posted that Guy Fawkes mask, lets label Rationality as a he.
Posted by Ilham at 2:14 PM