Preparation
After I discovered that GM Ziaur played nearly all openings against e4. (he even once played 1...b6 and get away with it) I stop studying chess and continued reading Wayne Rooney:My story so far.

Before
Arrive at DATCC at about 7.40 pm. There are usual face all around, Siraj, Hamid, Samsudin Sabri, Aziz, Saprin, Farouqi and ofcourse GM Rahman together with his wife and son. Haq and Roslina are also here, busy playing chess with GM's son. Razali Ng6 came about five minute late due to office meeting that he attended earlier on.


Table order I refused to be at table one since in my humble opinion Saprin is the one who should manning table 1 but Siraj insist that i sit on table one. Well, we all know how persuasive Siraj is ! :)

Modern Defence. I expect Sicilian 2...e6, Nc6 or perhaps French. 2 things that immediately cross my mind is Mok Tze Meng (white) once beat GM Rahman in this defence and Andrew (black) once thrashed me in this setup.

A sharp line in which black sacrifice a pawn for active play.

6. e5 is better (GM Rahman said after the game) 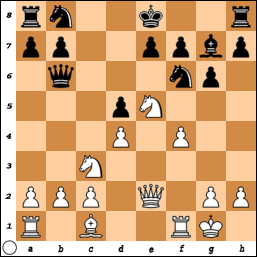 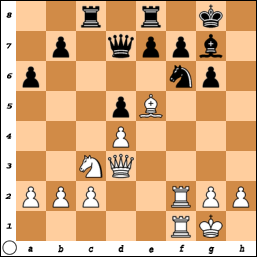 Here Aqie whispered that the team rely on me to deliver the point.

Around here it is one to one match for us and GM duly take a seat in front of me. 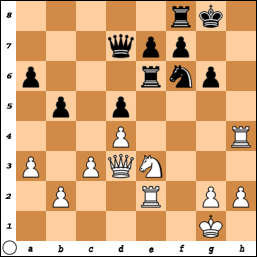 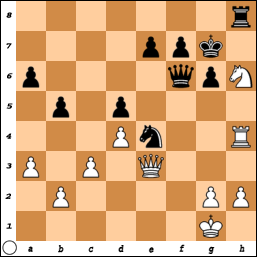 Returning the favour. 35.Rf4! is winning for white which i saw only when i have already touch my g pawn.

I no longer recording the move. The game entered a queen ending with a plus pawn for black. I tried to open up the game (and hoping for perpetual check) but to no avail. later i lost on time in a losing position though black still needs to play very carefully to avoid the perpetual check.

Last but not least, thanks to Siraj for the invitation, GM Rahman for kind analysis after the game, to my team mate plus Mr Razali ofcourse.
Posted by Ilham at 9:43 AM