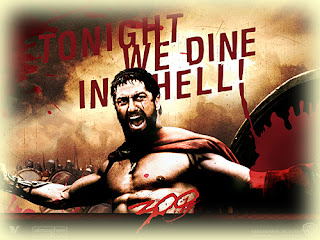 Rapid
GM Rogelio Antonio is the champ and Malaysian's wonder kid, 11 year old Li Tian, is tenth...beating Mok Tze Meng in the last round. Li Tian just keep growing up, literally and chessically, in every tournament he played.

Nokia Gambit claimed its second victims today...in a game between IM Giam and Andrew 'Gilachess'...IM Giam is executing a combination that will be resulting in material advantage when suddenly his phone ring!...He mentioned to Andrew that it is up to him whether he want to claim a win or not and Andrew decide not to claim...Chief Arbiter Najib went to a crime scene and awarded a win to Andrew.

Outside of the hall, opinions varied whether arbiter got the right to 'interfere' with the game in progress. Side A claimed that phone rings...just like illegal moves or mate or even checkmate...should be left to players to decide whether they want to claimed a win out of it. Side B claimed that phone rings...is not like illegal moves or checkmate...it is different animal...arbiter got the right to interfere and awarded a win to the lucky player.

I am more of the Side B...what Najib did is correct. Furthermore he has mentioned almost before every round that 'phone ring you lost, whether your opponent claimed it or not'.


Me
I scored only half a point out of two and finished with 6 points out of 11. I drew against Nelson Mariano but lost to Efren (again) in the penultimate round.

A fun event which is dominated by Pinoy players. Top 8 players...all Philippines!

Li Tian, in almost equal position, offered a draw to his opponent that have like 3 seconds left (Li Tian still got around 30 seconds plus) Wow! while i respect his 'gentleman act'...a bit concerned on his killer instint...but then again it is only blitz.

For record Li Tian still finished top 16 (13 if i am not mistaken).

Champion is GM Antonio...so he is R&B King!...Rapid and Blitz, not Rhythm and Blues...but having collected RM5,500 so far and believe he will collect another few thousand in Team event and maybe on second Blitz event on Saturday...cannot blame him if he is celebrating his Rhythm and Blues moment now!

In the meantime allows me to enjoy my R&B moment now...Rest and Breakfast!

The only gambit that is not covered by MCO…a notorious Nokia Gambit…rear its ugly head today and claimed its victim...Nicholas Chan!…What a pity…Nicholas stood a good chance of winning the game (his opponent is ‘only’ a 21++ player) . Anyway even though he lost this game, he still remains the best Malaysian with 6.5 points.

Morning...Not feeling very well…stomach ache. Not sure whether it is due to the overdose Lemangs consumed yesterday or breakfast at the only Mamak Restaurant that open today.


Players meeting
Players meeting were conducted by Mr Hamid and Mr Najib. Among matters discuss are:
• No waiting time.
• Selection of Appeals Committee.
• Appeals Deposit. RM100.But later I saw RM200 is the amount to make an Official Appeal…hopefully tomorrow it will not be RM300.
• The result will not be submitted to FIDE for rapid rating purposes due to ‘uncertainty’.

For feedback, Datuk Tan Chin Nam, during his speech, asked players whether they are interested in Classical or Rapid format…majority prefers Classical.

Saw Andrew ‘Gilachess’, almost did not recognised him…not sure whether it is due to the crew cut or due to leaner and thinner him, or both! ..and Nicholas also...spot a crew cut! :)


What happened
So far top Malaysian players are performing well. Scoring 3.5 or 3 points out of 4. Hopefully they can continue this momentum tomorrow.

Nicholas Chan and Li Tian looks in good form and set to be among the best Malaysian.

First round I am playing against a pretty Indonesian girl with a pretty name and pretty opening knowledge. Her name is Indah Bulan Firmantry and in between lashing out sweet smile...and batting out eyelashes...she lashed out 22 solid Giucco Piano opening theory. She got the upper hand…I found a counterplay…she offered a draw (she did not called me Pakcik)… I accepted. Ofcourse if she called me Abang I will immediately resigned! :)

Second round I played against a Philippine player, Largo Bengt, that looks like a young Manny ‘Pacman’. I lost in the rook ending.

Third round I got lucky against Malaysian. Lum Zhun Hoong,... 2 pawns down but managed to swindle my opponent. :)

Fourth round I played against another Indonesian lady, Dian Cheri Stefani, Disaster! A solid one piece up but later lost…I don’t believe it!! It is game like these that you just want to quit chess for goods.

In a few hours time, I shall be competing in Datuk Arthur Tan Chess Festival...a strong tournament in which i am seeded number 50 something and according to Mr Hamid Hamid, there will be about 40 plus prizes :(

But honestly I am not really looking for a prize (though I will not complain should I got one) it is competing that matters...absorbing the tense tournament atmosphere...making decision under the ticking of the clock...spraying moves in time trouble...got lucky...got unlucky...those things that makes us comeback (again and again) to the cruel arm of Caissa.

Many things to observe here such as
and of course, nice to see that Datuk Tan Chin Nam is taking part...and Andrew 'Gilachess' will be around too...but big question is (not only me, but few others found this puzzling too) is why IM Mas is not competing...is he currently making a big preparation for a big comeback ? is he retired from chess (hope not), after his dismay performance at Brunei? is he now working and no longer a chess pro? if there something that we, chess citizen do that has hurt his feeling?


World University Chess Championship, Portugal
Syazwan, Fadzil Nayan and Dr Syazwani (Hmm, just so many Malaysian doctors that play chess, throw a stone in a tournament hall and most likely it will hit a doctor...and surely you will be sued since i believe, we have many lawyers too actually!) are currently competing at World University Chess Championship at Portugal...they went there few days before Raya, 'celebrating' Raya there and will be back on 26th August 2012.

This is  a very strong tournament in which first seeded in GM Bu Xiangxhi (2670)...enough said!

Chess Odyssey wished them all the best! The Tournament
Arrived early at the tournament hall. Glad to see Arshad is taking part in this event. Tournament supposed to start at 10 am but first round only started at 11am (after few speeches, etc). The initial worried is whether this 8th round tournament able to finish before 7pm but experience Mr Fadli manage to finished it on time.

180 plus players (if I am not mistaken) took part in the Open Section of Selangorku Chess Tournament held at old Shah Alam Library. Out of top 4 seeded players, 3 are Philippines (IM Nolte, Ian Udani and Efren). Other strong players are Ronnie Lim, Kamaluddin Yusof, Fadzil Nayan, NM Kamal Ariffin, Jax Tham, NM Syazwan, Dr Syazwani, Dr Zaidan and others… just too many to mentioned!

IM Nolte finished first, 2nd and third are Udani and Dr Ronnie ( not sure who finished what), 4th Jax Tham and yours truly 9th. TQVM :) !

I would say this is a generous tournament. Entrance fee is RM10 while the prize is up to number 15 (RM110). Each player got a free Selangor T Shirt and invitation to Bubur Lambuk Festival. Hopefully Selangor could make it a yearly event.

The only thing that is inconvenient is the location of the toilet (and this of no fault of the organizer) which the nearest is at the Muzium next door…deep inside the Muzium that is in which on the way there, you can view the guns and rifels and old coins exhibition. The sight of guns, cannons, rifels, parangs, swords etc,  I guess have really motivate me to play aggressive chess...

Tales of the Three Musketeers (or to be more exact Three McDonaldeers,... almost become The Three Stooges…)
During lunch break, Sumant, Zhuo Ren and Chuin Hong went to Mc Donald and they are late for their 5th round game…very late indeed in which they are left with only one minute 30 seconds (for Zhuo Ren his time left is 1 minute 10 seconds!)…Sumant and Zhuo ren lost, but not after giving tough fight to their nervous opponent. Dr Ronnie Lim pulls the superhuman miracle, winning his game. I who happened to sit next to him cannot help to notice that his clock hardly change…he just machined gun his move at supersonic speed (maybe even at light speed, who knows)!...and after the game I heard he apologized to his opponent for the way he played…a class act there, doc!

Others...
Encik Ibrahim Bakar took part as a player! I know him for about 23 years and this is the first time I saw him taking part in chess tournament as a player! Hope this will not be your last Encik Ibrahim!

Free shirts are given to the players…and players have to wear it. Well, not every day you can see
Ezmi and Farouqi wear state shirt which is not Kelantan!

Peter Long, Mr Hamid Majid, Saprin can be seen at this tournament. Mr Hamid seems to be in jovial mood, cracking jokes after jokes.

About me
Seeded 24th and finished 9th. 6 wins, one draw and one lost (again, against Efren...still did not have proper answer to his opening).

I draw against one junior player. He offered me a draw when I am a pawn and few minutes down. Thank you very much…but the way he offered me a draw…’Pakcik, draw Pakcik?’…Pakcik !? hey, I am only 38 okay!...Initially refuse to draw due to ‘Pakcik’ factor but then finally agreed…why take unnecessary risk ?. Pakcik pun pakciklah…

Among my wins are against Dr Zaidan ( I got lucky), Salam Maamur (win in my old, messy style) and against Abang Bro ( My best game on this tournament).