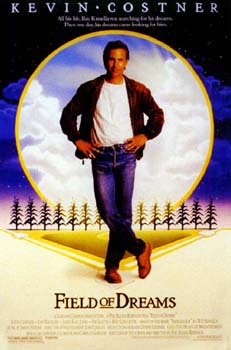 Intro
In 1989 film Field of Dream, starring Kevin Coastner, there is this dialogue between John Kinsella and Ray Kinsella...

DATMO 2011 Edition
Well, for me this year DATMO is simply a heaven. It got something for everyone.

For politician (and we are all politician in our own little way), possible to see Nelson M and Suharto discussing their strategy to defeat their opponent...under the watchful eye of Najib of course.

And since we are all definitely a chess player,at DATMO 2011 this is the only place, one place in this universe, where Nakamura could play a game of chess with Fischer to decide who is a better player among them...

Or how about seeing Darwin discussing about evolution theory of this mating game...

Again, a quote taken from Field of Dreams.

The Voice: If you build it, he will come.

DATMO is our ‘field’ and if we continue to built it...they (interesting chess player, our brother and sister all) will come.

HOLDING OUT FOR A GM

Malaysia for sure really don't lack it in junior talent's department...

Some of the success (...and where their rivals are now)

Asian Junior 1999
Legend has it that Mas and Sasikiran are both leading the tournament (with Mas having a better tie break) but Mas overpressed in his last game against Ghaem, position is draw, while Sasi won his and the rest is history.

But still, all is not bleak and dim since we now actually have a junior who is ahead of his peers

Where have all the good players gone
And where are all the talents?
Where's the street-wise chess players
To fight the rising odds?
Isn't there a white knight shining in junior tourney?
Late at night I toss and turn and dream
of what I need

THE YOUNG ONES (DEDICATED TO THE FIGHTING ZHUO REN)

Based From: The Young Ones (Cliff Richard)

To play, win
While the flame is strong,
for you may not be the young ones very long.

Tomorrow,
why wait till tomorrow,
Tomorrow sometimes never comes.
Check, mate,
there's a game to be won
And the best time is to win it while you're young.

Once in every lifetime
comes a tourney like this.
Malaysia need you and you need Malaysia.
Oh Lim Zhuo Ren can't you see.

Young dreams
Should be dreamed together,
Young hearts shouldn't be afraid.
And some day when the years have flown
Zhuo Ren, you will teach the young ones of Malaysian.

1. In future it is illegal to offer a draw. FIDE finally ashamedly realized that chess is the only sports in this whole wide universe (and maybe in other parallel universe too) in which players have a luxury to mutually split point (during the battle) to suit their own sweet agenda...normally due to afraid of losing.

2. In future it is no longer required to write a chess move for game played on electronic chess board. Result will be transmitted online to Arbiter. Pairing will be done automatically after last result submitted and when players went home after the tournament, he/she will find the tournament bulletin already being sent to his/her e-mail. Very fast, very efficient but still, i see,...tournament still normally begin half an hour late from schedule.

How to monitor 50 move rules without annotation? Electronic Board is intelligent enough to detect illegal moves, 3 moves repetition or 50 moves rules. After all chess player's job is to play chess, not to count moves.

3. FIDE recognized and awarded Super Grand Master (SGM) title to those rated 2700 and above. No longer SGM title can be used freely and in unregulated manners.

4. But then again there will be just so many players with SGM title, FIDE then introduce Elite Grand Master (or EGM, not to be confused with Extraordinary General Meeting), a very exclusive and elite club, only open to world champion and its challenger (past and present) and player rated 2800 above. Of course all EGM is millionaire. EGM is a US Dollar Millionaire Club...No, perhaps I should change it to A Yuan Millionaire Club (In future US Dollar is no longer a major currency.)

5. Adjusting pieces are allowed only 2 times during a game. No longer can player distract other player’s thinking by keep adjusting already well placed pieces.

6. ICANN (Internet Corporation for Assigned Names and Numbers) allowed/assigned FIDE to introduced and monitored prefix for official chess organisations, federations or companies. ‘.chs’. No longer chess federation official site is on, say... blogspot or wordpress. By the way, how about www.2010chessodyssey.chs hmm! :)

7. ELO 3000’s mark finally will be breached by human before year 2025. Inside our computer, Houdini, Fritz and gang laughed at this ‘ordinary’ human achievement, (something they have achieved decades earlier), the way we human laughed at their ancestral (Sargon and Kaissa etc) playing abilities in early 80’s. By the way programmes at that time are looking to breached ELO 3500.

8. Only at Super GM tournaments or World Chess Championship, advance camera technology is being used to support the enforcement of ‘touch move’ chess. No more guessing or ‘not aware my hand leaving the piece’ case etc.

9. Someone being caught cheating by receiving moves from his/her watch or eye glasses. Hopefully not from Malaysia.

10. ‘Tag team chess’ will become popular. 2 players in a team and each player make their moves alternately. Cannot discuss during the game.

11. Sahovki Informator will only be published online.

So in conclusion, my reader, take this gift from your author Ilhamdamus, who hopes you will understand each prophecy in every quatrain herein. May God grant you a long life of good and prosperous happiness.

My game against Kaushal
I won against Kaushal (a walkover won actually). Lucky me because if I were to play Kaushal, frankly I feel that he a much stronger player than me.

My game against Kenneth
OK, maybe on my game against Kaushal, I expected to lose but get a point but in my game against Kenneth, I actually expected to win, but I lost badly.
Opening
Kenneth came prepared and ‘ambushed’ my Alekhine. His c5! Is something new to me and suddenly I am just running out of oxygen. I sacrifice a rook hoping to gain control of center and maybe trap his knight…however it is just illusion. An illusion that turn to a 'knight'mare to me...
Middlegame
No middlegame. Game lasted 25 moves though honestly I could resigned some 10 moves earlier. (Maybe I should switch back to 1….e5) Congratulation to Kenneth who actually has ‘grown up' to be a strong player as the tournament progressed. For the record Kenneth just bulldozed his last 3 or 4 opponents. I expect we will hear more about Kenneth in the future.
Full game. Here.

Nf6 tournament.
A friendly FIDE rated tournament organized by Aziz Shukor and Syazrin. Arbiter is Mr Najib Wahab. Played over 3 months , though to Nik Farouqi it ended one month earlier, players chose their own weekend to do the battle and for that….thanks Najib!

Many bantering were exchange on the cyberspace (read:e-mail) and YCS actually produced a new word “Seduted” (past tense, an act of sucking/ siphoning someone else elo points). Not to be outdone, Najib produced a mystery numbers (5, 7, 12).

For me, not really a good outing. Surely will lost some points but hopefully it will still be above 2000. Maybe I should follow Najib’s advice…Bring along my daughters! On the day I bring along my two angels (hopefully Heaven still did not realise two angels are missing from Heaven) I scored 1.5 out of two! Nearly make it 2 out of 2!

Yeoh Li Tian
Last but not least, about the champ, Yeoh Li Tian (YLT), a deserving winner, a quiet player with occasional smile, a killer smile. He played confidently, never shows his emotion or get excited whether he is winning or losing. But then again, hardly saw him in losing position. (psst. ok , maybe a bit in his game against me :) )

Recently there is question raise whether YLT is really a strong junior player. Well, for me, maybe, rating wise, he is not the strongest (Edward Lee and LZR are ahead of him)but still he is the most talented, our best hope for GM title.

In my earlier (second posting in fact after my blog intro) Odyssey’s article here, I mentioned about how Malaysia is blessed with chess talents, one in every 10 years, 70s is Jimmy Liew (yes, Jimmy is also once a talented Junior), 80s is Rosazman Rosley, 90s is MasHafizul Helmi, 2000 is Anas Nazreen and 2010 is Yeoh Li Tian. and after 121 postings, believed it is still true, this decade will be YLT's decade.

While other Malaysia junior’s yardstick is well… Malaysia. YLT is world. YLT is once world number 4 (under 8). Some might say “Ahh, after few years, the juniors that placed below YLT will sure potong him one. Just wait and see”

Well, I am sorry I have to disappoint you. YLT’s rating is better than even the winner of that W-U8. (Konstantin Savenkov, 2019 against YLT’s 2121) and this year he is basically inactive, I am sure if his father let him take part in more FIDE tourneys, he will be rated at least 2180. Even with his ‘humble’ 2121 (we, chess player know YLT’s strength is more than 2121), FIDE has listed YLT as world number 15 in the world under 12 list.